PM is with us to build a strong jewellery industry, says Sayem Sobhan Anvir 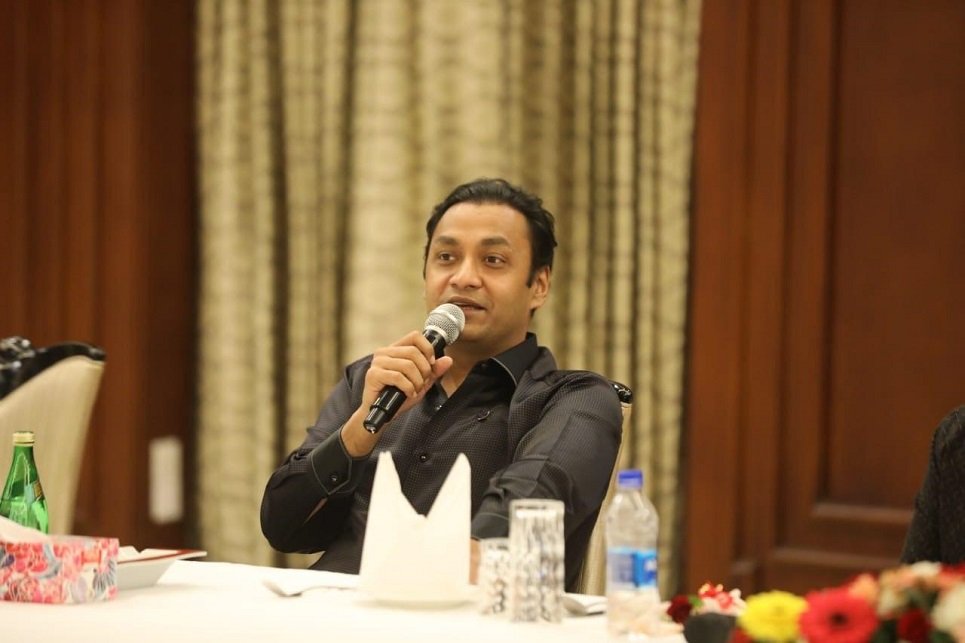 Staff Repoter :: Gold business owners on Tuesday demanded that the government set up a Gold Bank and Gold Exchange to help monetize the precious metal lying idle with people.The district-level leaders of Bangladesh Jewellers Samity (BAJUS) made the demand during a two-day views exchange programme with BAJUS President Sayem Sobhan Anvir at Bashundhara Residential Area in the capital.Echoing the demand raised by the gold business owners, Bashundhara Group Managing Director and BAJUS President Sayem Sobhan Anvir sought the Prime Minister’s support for fulfilling the demand of the jewellers.

He also stressed the need for unity among the jewellers. “The jewellers must be united. Prime Minister Sheikh Hasina has been with us for flourishing the jewellery industry.”The Bashundhara Group Managing Director also said it is his firm belief that the premier would extend utmost policy support to the businessmen regarding exports of jewellery items.“If we can start exporting jewellery items, BAJUS members, the society and the country will get special honour abroad,” he said.

Sayem Sobhan Anvir said BAJUS considers any problem of any of its members as the problem of the organization itself.He emphasised early solutions to the issues related to the Value Added Tax (VAT) and harassment affecting the jewellers.“BAJUS must be strengthened to solve all the problems in this sector. All the gold businessmen across the country must be united,” he said, urging all the jewellers to join the BAJUS.He called upon the businessmen for setting up jewellery factories and put focus on exporting gold products.

“Through exporting jewellery items, Bangladesh will move one step ahead in materializing the dream of Father of the Nation Bangabandhu Sheikh Mujibur Rahman to build a Sonar Bangla,” he said, adding that Bangladesh would keep its head high on the world stage.

Bangladesh Jeweller’s Association (BAJUS) is a non-political, non-profitable and service-oriented traditional trade organization registered under the Companies Act of 1913 and licensed by the Ministry of Commerce. BAJUS is also a first-class active member of the Federation of Bangladesh Chambers of Commerce and Industry (FBCCI).