Grameen Telecom hired a lobbyist not to pay the workers 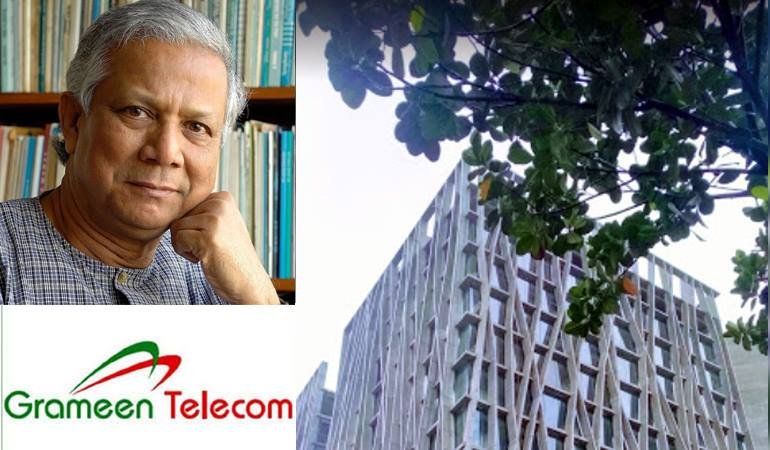 Staff Repoter :: Professor Mohammad Yunus, Grameen Telecom has hired a lobbyist to pay around Tk. 14 crore to avoid 108 cases worth Tk. 300 crore. Grameen Kalyan and Dhaka Logistics Firm have signed an agreement to win the case through a combination of top government ministers and bureaucrats. And, it has been approved by Mohammed Yunus.

Nobel laureate Dr. Mohammad Yunus’s Grameen Telecom is owned by Grameenphone, which controls 34.20 percent of the firm. Grameen Telecom receives a dividend of over a thousand crore Tk. every year from Grameen Phone. In 2019 alone, their dividend came to Tk. 1,300 crore.

Grameen Telecom, on the other hand, never paid the workers 5% of the profits. Since 2006, it has been gathered in this manner. It is currently estimated to be worth about Tk. 300 crore. As a result, the enraged employees have filed a claim for back pay.

In all, 108 cases were filed in the labor court of the capital Dhaka. Mohammad Yunus is also against Grameen Telecom.On June 14, 2021, a virtual meeting of the Board of Directors approved the agreement with Dhaka Logistics Services and Solutions after winning these cases.

According to the agreement, the ministers and state ministers of the three ministries will be engaged to bring the verdict of the Dhaka logistics cases in favor of Grameen Telecom. Secretaries of ministries, inspectors general of mills and factories, director general of the labor department, and labor leaders will all be pleased in some manner.The expenditure for this whole activity has been estimated at Tk 13.70 crore. And, the board meeting itself approved the agreement by Yunus.

When contacted by Dhaka Logistics, Rafiqul Islam, the head of the company, denied any involvement.
Grameen Telecom, on the other hand, has already fired 99 employees for bringing cases. To win the lawsuit, Grameen Telecom also bribed the labor court. This is specified in the contract as well.