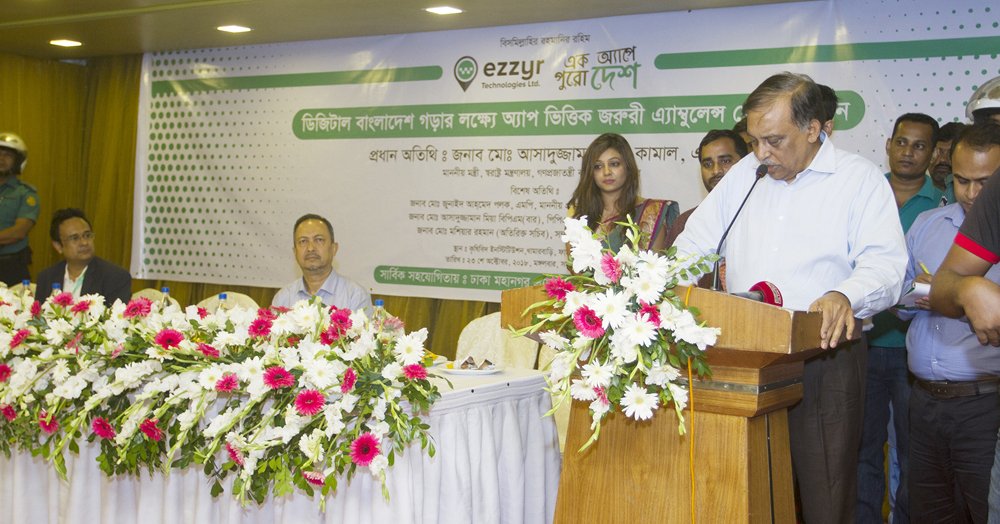 Staff Repoter :: From now on there will not be no tension for emergency ambulance services. Ambulance can be called from the Ride Sharing App Ezzyr through your smartphones.

Home Minister Asaduzzaman Khan Kamal said, “This is the evidence that Bangladesh has been digitalized. I hope the services offered through Ezzyr will be successful. It is my belief that everyone will be benefited from service like this one. Ezzyr Technologies deserves plaudits for such innovative job.” 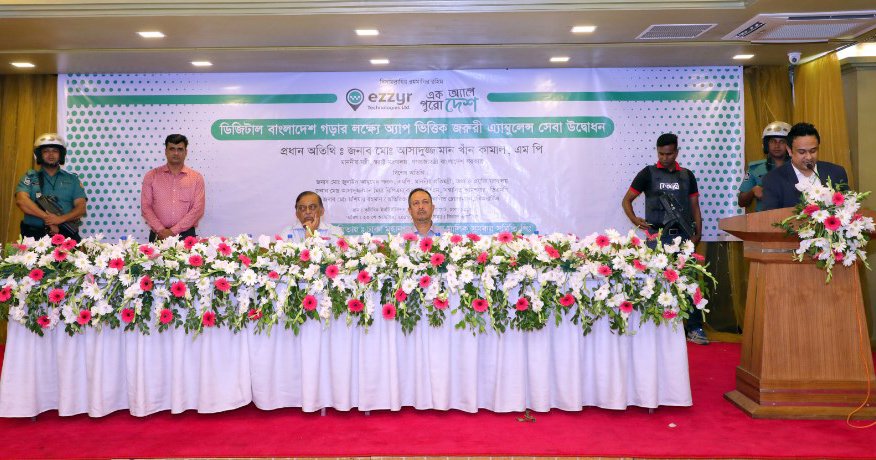 Ezzyr Technologies Managing Director Mehedi Hasan said, “Ezzyr Technologies Limited has just completed the ambulance driver registration and training. From now on, officially passengers will be able to take emergency ambulance services across the country from the Ezzyr app through their handset.” On the occassion, Benefits and appraisements of app related emergency ambulance service were discussed. Ezzyr App is now available in the Android set but soon it will be available in iOS.”