Fiverr Bangladesh organized the biggest meetup of the year with freelancers 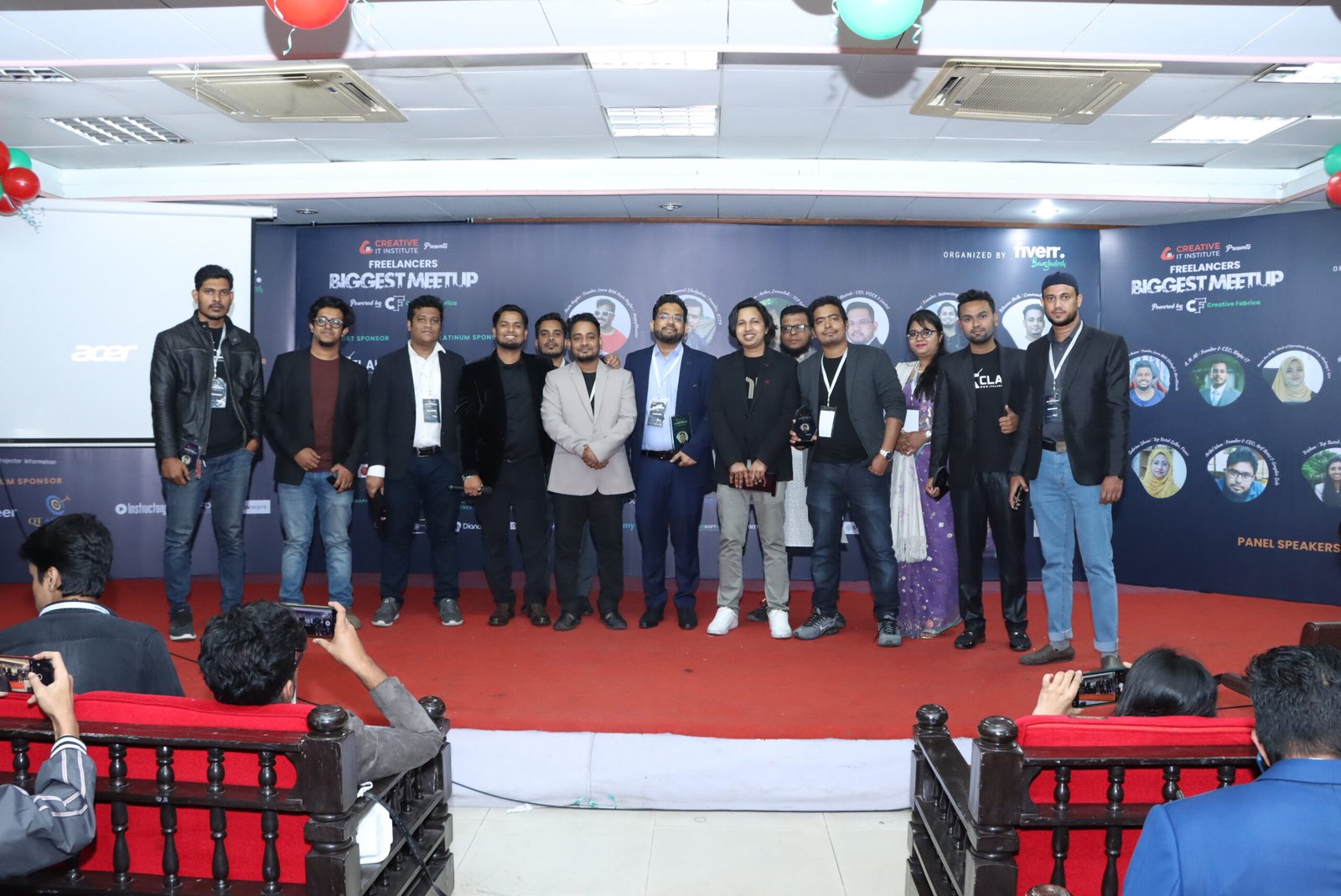 Staff Repoter ::  The biggest meetup of the year “Freelancers Biggest Meetup” with freelancers took place on Friday 24th December. The entire event was organized by Fiverr Bangladesh Community. The title sponsor was the Creative IT Institute, “powered by” sponsor was Creative Fabrica and Payoneer was the Platinum Sponsor.

Faisal Mustafa, the group’s founding admin and Fiverr Community Leader, said: “Freelancers are much more likely to be entrepreneurs, which will generate foreign remittance as well as employment for many people. “Rifat M Huq, Organizing Lead of the whole event and Community Leader of Fiverr, said, “After almost 2 years 1000+ freelancers are veryGlad to participate in such a big meetup. Such events should be organized regularly for freelancers.”

Monir Hossain, the event’s title sponsor and founder of Creative IT, said, “This has been a great event for freelancers, where they have learned about various tips and tricks of the IT sector including freelancing. I think such a freelance event will further advance the freelancing sector.”

Md. Riduwan Molla, the event’s Powered By Sponsor and community manager of Creative Fabrica, said: “We are overwhelmed because freelancers have come to our meetups from every corner of Bangladesh. We are constantly working for freelancers from Fiverr Bangladesh Group, and we will work on how to provide more opportunities for freelancers in the future.”

Fiverr Bangladesh is committed to doing a good job for the freelancing community. Currently their group (https://www.facebook.com/groups/fiverr.com.bd/) has over three million members and freelancers.